[Read] Vikings: A History of the Northmen For Free

https://goodideas22.blogspot.com/?book=1445665948
1066: a battlefield in England, a mighty king lies prone on the ground, his lifeblood ebbing out of him. As he draws his last breath, the world of which he is the greatest figurehead also moves towards its end, its existence about to pass from history into legend and later into myth. This is not Hastings; it is Stamford Bridge, and the dying king is Harald Hardrada, one of the greatest figures of the Viking age. It was a bolt from the blue when Viking raiders descended on the defenceless monastery at Lindisfarne in 793 and left it a heap of burning rubble. In succeeding years, other monasteries fell too; Jarrow, Monkwearmouth, Iona. Britain and Ireland suffered extensively as did France, Spain, Italy and even the mighty Byzantine Empire. But this was not just a period of conquest and violence. It was also an age of exploration, Viking ships crossed the Atlantic, through Shetland and Orkney to the Faroes and from there to Iceland, Greenland and North America. They sailed east and their traders moved across the steppes and rivers of Russia down to Constantinople, then the greatest city in Christendom. This is the story of the Vikings, those men and women raided and traded their way into history whilst at the same time helping to build new nations in Scandinavia and beyond. It is also the tale of evocatively-named great men; Sweyn Forkbeard, Harald Bluetooth, Ragnar Lodbrok, Erik the Red, Ivar the Boneless, Cnut the Great.

[Read] Vikings: A History of the Northmen For Free 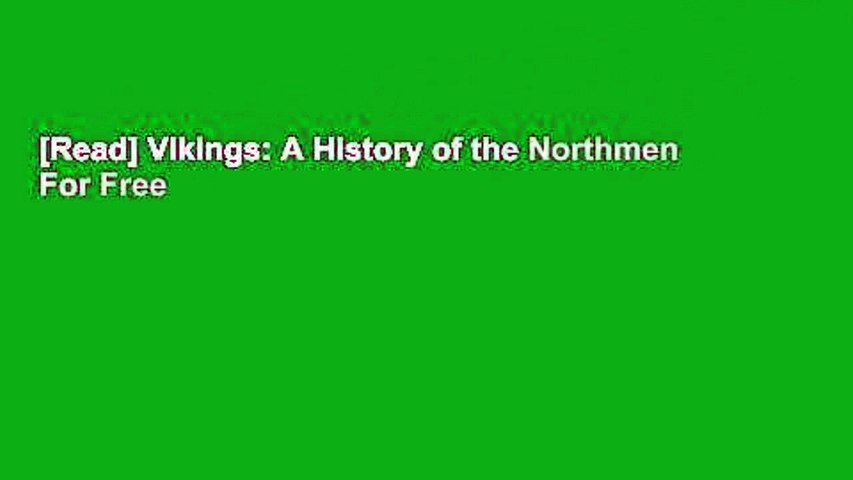