Lionel Messi’s tears arguably produced the most memorable moment of the summer window, when the Barcelona legend issued an emotional Camp Nou farewell.

And the 34-year-old let the tears flow again after he was finally able to toast his Copa America success in front of supporters.

His hat-trick against Bolivia on Thursday also saw him break Pele’s long-standing record as the continent’s top scorer in men’s international football.

A week after Cristiano Ronaldo broke the world record for men’s football, his old rival put his own name in the history books, first matching and then overtaking the Brazilian legend.

Messi started the evening one goal behind Pele, but scored his 77th, 78th and 79th strikes during the 3-0 victory in Buenos Aires saw him become the standalone record holder.

In an emotional post-match interview, Messi said: "I was very nervous, I just wanted to enjoy the night. I waited a long time for this.

Following the victory, the forward paraded around the stadium with the Copa America trophy, enjoying the moment with the 21,000 supporters in attendance.

"It was a unique moment [to win the Copa America] because of where and how we obtained the title," Messi said.

"There was no better way to do it and been able to celebrate the title now, it's incredible. My mother, my brothers are here in the stands. They have suffered a lot ... I'm very happy."

He then posted on Instagram : "I dreamed about this day a lot and thanks to God it arrived.


"I don't have words to thank you for all the love I've received. What a beautiful night, I enjoyed it so much - unforgettable.”

Messi is still some way behind Brazilian duo Marta and Cristane, who have scored 109 and 96 times respectively, in the race to become the highest scoring South American player of all time.

Neymar is only 10 goals behind Messi and has five years on his former Barcelona teammate, with all signs pointing towards him eventually taking the record.

Argentina are second behind Brazil in the race for World Cup qualification from South America, six points behind the Selecao having played eight fixtures.

FIFA are still investigating the bizarre conclusion of the game between the two rivals, which was abandoned after less than ten minutes last weekend.

The game was cancelled in the opening minutes when police and health officials made their way onto the pitch, demanding that the Premier League-based players in the Argentina side were put into quarantine. 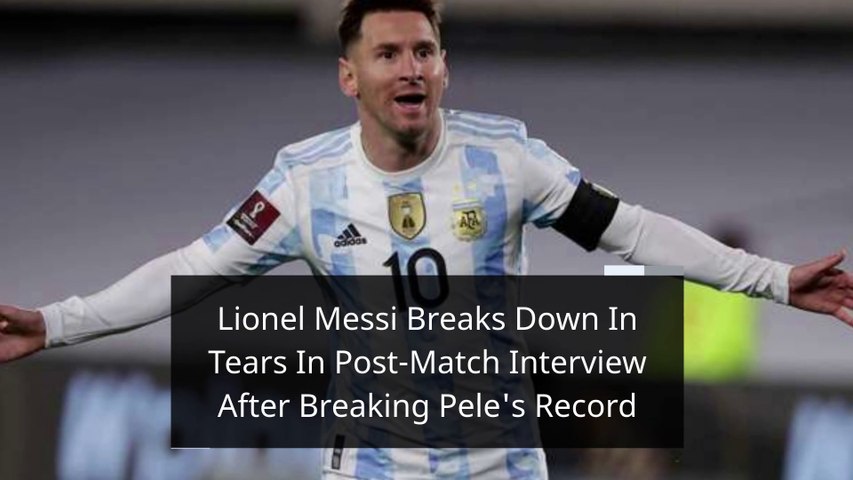