https://kolmxsess522.blogspot.com/?book=3836570459
Double ExposureA two-volume collection of David La Chapelle's defining periodsNurtured under Warhol's wing in the '80s, hailed as the Fellini of photography in the '90s, emerging from a retreat in rural Hawaii in the noughties, David LaChapelle has spent the past three decades shooting some of the most luminous stars of his generation, and exporting the realms of fashion and celebrity, sex and style into his own distinct, unorthodox aesthetics. In La Chapelle Lost & Found, the artist's first new book in a decade, TASCHEN presents two defining periods in La Chapelle's career the white heat of his early years in New York and his creative renaissance following his 'disappearance' from the scene, post 2006. Volume 1 traces La Chapelle's emergence through Warhol's Interview Magazine and his rising stardom in the fashion world. Volume 2 explores La Chapelle's spiritual and artistic revival following his retreat to a rural idyll in West Maui, Hawaii. Along the way, we encounter such high-voltage subjects as Miley Cyrus, Amy Winehouse, Michael Jackson, Lady Gaga, Tupac, and Naomi Campbell, as well as La Chapelle's stylistic experimentation through classical, Baroque, and Pop art elements. We trace his ascent to the apex of fashion and glamour and his subsequent thematic exploration of consumerism, redemption, and spirituality. Throughout, we discover an unrivalled critical and creative eye, in thrall to hyper-polished sexuality, as much as to the profound questions of human existence. 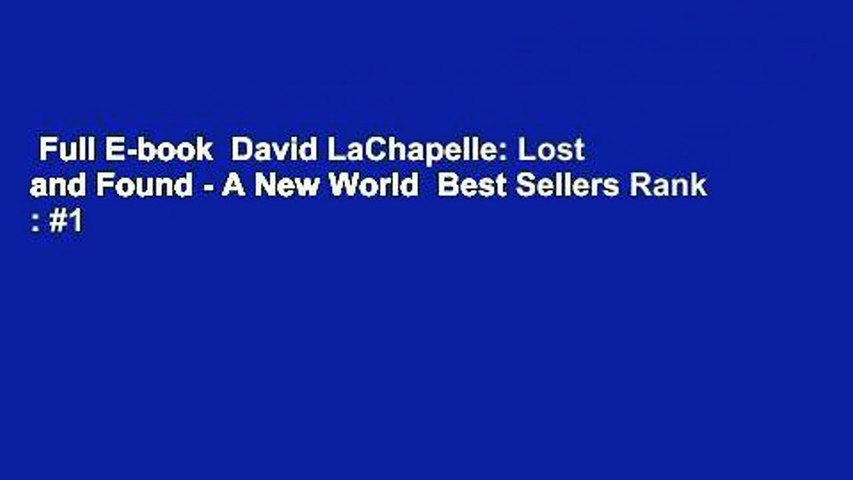